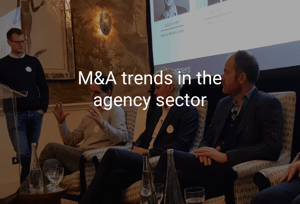 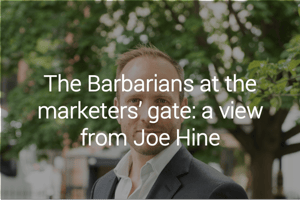 The increasing pace of technology change in recent years and an expanding customer base has contributed to robust sales growth in the global video games market. Worldwide sales in 2017 amounted to more than $116 billion, up more than 10% on the value for 2016.

Read SI Partners latest white paper Everything to Play For discussing the opportunity for creative entrepreneurs in the video games sector.

A rapid growth sector outperforming others

Continued revenue growth of this sort of magnitude and a healthy pipeline of creative games developers has helped maintain a buoyant level of M&A activity in the sector. In sharp contrast to most other sectors, the video games sector enjoyed solid growth in M&A activity in 2016, increasing over 40% on the number of transactions announced in 2015. The volume of deals was down 11% in 2017 but the 162 deals announced and completed that year still represents the second highest level of completed transactions for the sector.

It’s not surprising that the larger, dedicated games developers like Ubisoft, Sony and Microsoft are the more frequent acquirers of younger companies looking for a different ownership structure. These publicly listed developers are also responsible for most of the $ billion plus acquisitions that are occasionally completed. Chinese investment holding conglomerate Tencent joined this group in 2016 with its acquisition of Finnish developer Supercell for more than $8 billion.

But the buyer universe has expanded well beyond these more familiar, big name investors. Private equity funds and other financial buyers account for more than 10% of all investors into games developers since 2010. Investor groups from the media, consumer and education sectors are likewise beginning to find rationale for investing into the video games sector.

Opportunity for creative entrepreneurs and investors

Consumer demand for video games, across many different forms and an expanding range of platforms continues to rise.  As well as benefitting from an expanding universe of new customers securing increasing access to Internet and mobile technologies, games developers and marketers are blessed with a pool of existing games players that exhibit a healthy appetite for next games versions, improved graphics, more sophisticated story lines and even the opportunity to pay to spectate. With virtual and augmented reality only at the beginning of their own development cycle, revenue growth and with it, M&A activity will enjoy a promising period of growth for some years to come.

Download Everything to Play For to learn more about the attractions of smaller games developers and big deals and the rise of Asia.

M&A Trends Update Q1 2021
Doing deals by Zoom: the unexpected upside of Covid-era M&A
10 observations on 2020 dealmaking from the last six months
Who are the major acquirer groups in creative and technology M&A?