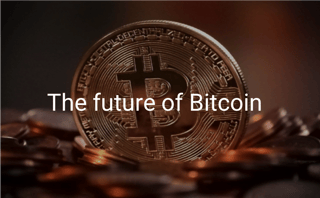 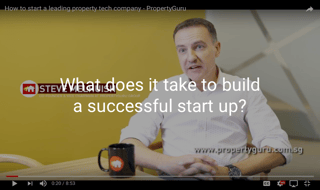 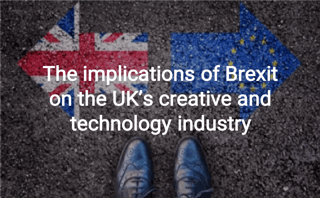 Tech’s Contradiction: Investment Up, but Value Down

With the recent announcements of a new $1 billion Greylock fund for start-ups, Chinese Google rival Baidu planning to spend $3 billion on internet investments, and, dwarfing them all, Softbanks’s new $100 billion fund, there’s a great deal of money talk in tech right now.

Indeed, the impression is that there’s more investor cash in the tech world now than at any other time.

Not surprisingly, there is high activity in tech M&A. There have been some significant tech purchases this year, such as Microsoft snapping up LinkedIn for $26 billion, Softbank buying ARM for $32 billion, and the little-known British tech firm Micro Focus securing HP Enterprise for $8.8 billion.

EY, the worldwide consultancy, has reported that this is an outstanding year for tech M&A. Their Q2 Global Technology Report noted that the period saw private equity buyers set an all-time value record, buyers from outside the tech space double their year-on-year value and Chinese acquirers surpass their full year 2015 value by the end of Q2.

The smaller end of the M&A spectrum is also in great shape. Take the global sales and marketing tech sector, where there have already been more deals in the under $20 million category for 2016 than in the whole of 2015. 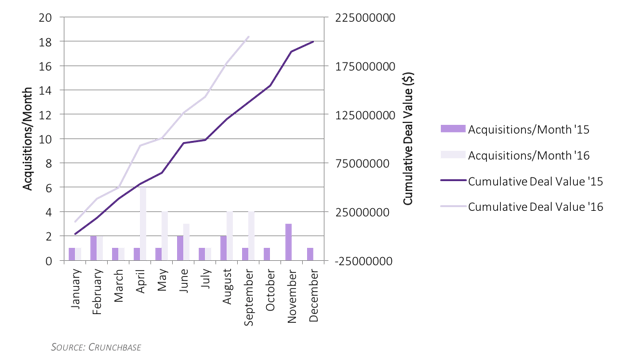 However, the industry chatter is giving a very different picture to what might be imagined with so much liquidity.

There are more and more start-ups around, but not enough to account for the additional billions of M&A activity - at least not in the immediate term. As any Economics student can tell you, more money chasing the same amount of assets leads to inflation. So we would expect tech values to be rocketing.

But this is where it becomes interesting: outside of China, where valuations are continuing to rocket, value inflation is not what we’re seeing.

Of course, many tech companies continue to rise in value. Facebook’s market cap has risen from around $300 billion at the start of the year to $366 billion now, breaching the $200 user value mark, as they continue to add people and products.

But Zuckerberg has always surpassed the status quo. Many other tech giants have seen their values drop over the past twelve months as fears about their profit potential become real thanks to mis-predicted profits.

Twitter is a prime example, having missed its earnings predictions for both Q1 and Q2 this year. Both LinkedIn and Square, the payments company and offspring of Twitter co-founder/CEO Jack Dorsey, rocked the markets during the early part of 2016 with substandard financial results.

Founders of smaller tech companies are not immune from the struggles of the tech giants. When they tremble, the ground shakes beneath the start-ups of Silicon Valley, Silicon Roundabout, Silicon Delta, and all over the world, as investors from top to bottom wonder if tech profit predictions are worth the paper they’re written on.

Indeed, Twitter’s travails have had an impact on the private sector, where values have recently dropped between 25%-50%, says UBS analyst Brent Thill. This won’t be uniform across every tech sub-sector – it is doubtful that AI values are shrinking, given how in demand it is right now – but it is something for companies in other areas to take note of.

So do we find ourselves in the midst of an economic contradiction of massive proportions? Despite all of the money staked in tech, founder and investor value looks like it is actually decreasing.

With so much economic and political turbulence potentially around the corner – the American election, a resurgent Russia, the Chinese debt bubble, to name but three – and with more tech profit warnings sure to come, it is hard to see how the tech market can maintain its bullishness.

With values down, a bird in the hand is worth two in the bush, as the old saying goes. It might be a good time for Founders to make use of all that extra liquidity and find a buyer.

Twitter, the biggest bird of all, and for so long a role model to aspiring tech entrepreneurs, might yet be an example to follow: albeit learning the lesson of staying independent for too long.

Sam Olsen, Director at global M&A advisor, SI Partners, is an award-winning, serial intrapreneur and entrepreneur. Sam is a tech M&A specialist, providing advice on high value digital and technology sector transactions and fundraising, in addition to start-up and growth consultancy. If you’d like to talk tech, get in touch with Sam here.

The rise of IT Services M&A

Happy Marketer share their advice to entrepreneurs selling a business

What does it take to build a successful start up?